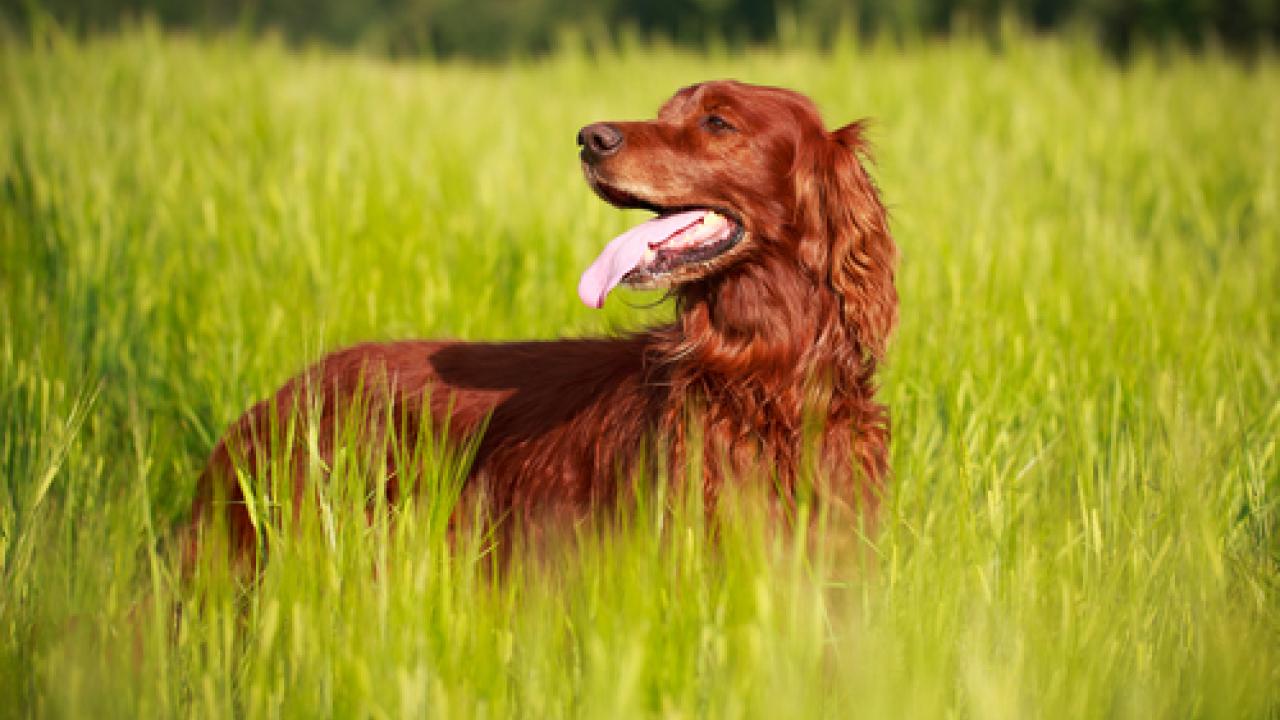 Progressive retinal atrophy (PRA) is a term used to describe a group of inherited disorders of the retina, characterized by progressive retinal degeneration and consequent blindness. More than 20 mutations in various genes have been associated with PRA in dogs.

Progressive retinal atrophy rod-cone degeneration 4 (rcd4-PRA) is a heritable condition caused by a single-base insertion in the C2orf71 gene (c.3149_3150insC) that leads to a frameshift and the production of a shorter protein than normal. The disorder is characterized by late-onset degeneration of photoreceptor cells in the retina, leading to loss of vision and eventually blindness.

The disease is inherited in an autosomal recessive fashion and two copies are required for an animal to be affected, with both sexes being equally affected. Dogs with one copy of the C2orf71 variant are considered carriers and unaffected. However, breeding two carriers together is expected to produce 25% affected offspring and 50% carriers. Testing for rcd4-PRA assists owners and breeders in identifying affected and carrier dogs. Breeders can use results from the test as a tool for selection of mating pairs to avoid producing affected dogs.